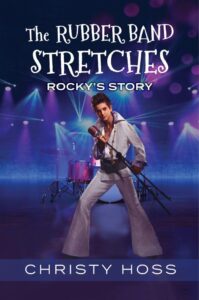 When his ex-con father Eduardo, sneaks into his life demanding attention, Rocky’s best friend and lead guitar for the band, Eddie, comes to his rescue. Eddie involves the entire band in Rocky’s protection to be “secret service” and comedic chaos erupts. After the Rubber Band performs its first set at the mayor’s 50th birthday party, Rocky mysteriously disappears.

The band realizes it’s no longer about fun and games. Friends and family are what matter most in life. The bond of the band demands that secrets be revealed.

Will friends, foster or blood family win the battle for Rocky’s future? 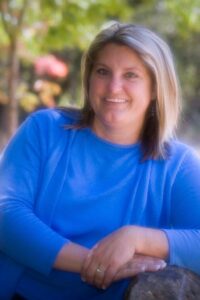 Christy Hoss caught the writing bug in second grade after winning a prize for a five-page story about her dog, Noodles. Mrs. Olson told her she was destined to be a writer and that dream never left her thoughts. After teaching elementary school for fifteen years, Christy fulfilled her childhood dream with her debut novel, The Rubber Band. She substitute teaches to support her writing career, deriving writing inspiration from the students and situations she encounters.

At age twenty-five, she was diagnosed with type-one diabetes but refuses to let it limit her. Her diabetic alert dog, Aiden, has saved her life uncountable times and will appear in future installments of The Rubber Band.

Christy is a freelance editor and writes children’s Bible stories for Focus on the Family ClubHouse magazine and has written articles for Guideposts. She is a featured speaker for conferences, retreats and special events.

Christy lives in Northern California with Kevin, the love of her life. They have three grown children.

Why the Rubber Band?

Sitting in the front row keeping an eye on my students, the stage curtain opened to our elementary school assemble. A sign over the group declared “The Rubber Band.” With one stroke the lead guitar caused my inner groupie to emerge. I screamed in delight and crooned out. ‘Born to Be Wild’ along with the kid band delivering professional sounds. Our usually reserved staff soon joined me in my whoops of delight and the band had the entire assembly on its feet, dancing and clapping.

I was so impressed by this rock and roll group of fourth and fifth grade students, I asked them to play at my fiftieth birthday party.

Returning to our classroom, I put on my writer’s hat, thinking about what a cool kid’s book The Rubber Band would make. But I had to come up with a plotline. It was then I noticed a rubber band on the floor and knew instantly what needed to be done. It had to be about a good guitar-playing kid getting trouble for a mis-shot rubber band. He’s sent to the principal’s office where he sees the sign advertising the talent contest and he begins his quest to recruit a diverse group of misfit kids to form a garage band.

My imagination took off as I thought about the many children I have taught through the years. Most of my characters are inspired by those actual students and events. Rocky is a fictional name given to a real foster kid who came to our school temporarily. He used to walk alone around the perimeter of the school boundaries – just like Rocky. Edison and Oliver are actual names of maternal twins I taught my first year at Kenwood Elementary, the school I derived Wildwood elementary from. Even Principal Haymaker is based on my friend, Principal Bales.

The band is not without troubles and Eddie soon finds himself challenged by an incurable illness. But the bond of the band is strong, and they will not snap but hang tight to see the dream through no matter how it turns out. Rocky longs to be a part of a permanent family, but has his heartstrings pulled when his freshly paroled birth father shows up. Becca is the lonely, spoiled-rotten rich girl with no friends but a voice of gold. Manny plays bass and Oliver the keyboards, but not without adding their own unique personalities to the mix.

You’ll be hearing more from The Rubber Band as I plan to write about their adventures into adulthood and beyond, and there will be many.

I no longer look at a rubber band and think of it as just an elastic ring to hold things together. It’s a simple, useful object. that inspired a novel series.

What is your favorite book that you have written (Published or Unpublished), and why?
My favorite book I’ve written is The Rubber Band Stretches- Rocky’s Story. I have fallen in love with my main character in The Rubber Band Stretches- Rocky “Roadkill” Espinosa. He’s a foster kid who just wants to belong and wants a forever home. I think all of us can relate to wanting to feel a part of something great.

How do you pick your characters personalities, or looks?
I’m an elementary school teacher and derive most of my characters and situations from the experiences I’ve had and the people I’ve met the past fifteen years.

What is your favorite genre to read?
I love to read Middle grade-

What is your favorite genre to write?
I love to write middle grade

And why are they your favorites?
As a kid I dreamed of writing romances. But, as an adult, I found there are too many romances, and they require a lot more words. I dreamed up The Rubber Band and when a publisher picked it up, I discovered I love writing for middle grade because I can create the story much faster and I’m familiar with the audience.

What inspires you the most?
My husband inspires me because he supports everything I do. I also find inspiration from my diabetic alert service dog, Aiden who has saved my life countless times and will be appearing in book five of The Rubber Band series.

Once an idea takes root, how long does it take you to write it down?
It takes at least three months or longer from start to finish before I will submit the manuscript to my editor.

Do you have a favorite author? Or someone whom you would say has influenced your writing style?
My first writing conference, I mentored under Brandilyn Collins. She taught me to write a hook at the end of every chapter. I love reading her Seatbelt Suspense books that are always hard to put down, page turners to the very end. Because of her, I try to have a hook at the end of every one of my chapters.

What are your hobbies other than writing?
I love to sculpt and create art, mostly with clay, but when I get an idea in my head, it doesn’t have to be ceramic for me to create it. I’m also somewhat of a novice gardener. Succulents do really well for me (they don’t require much attention).

Do you have a genre that you would never write?(In the Christian genre sphere i.e. speculative, historical, contemporary, etc.)
Speculative. I don’t like having to wrap my mind around new worlds and creatures…

What is one thing in your life that you would say has had the greatest impact on your writing? Or in your life in general?
My daddy passed on Christmas, Day 2020. He was my greatest supporter and believed in me no matter what. Since his passing, I have strived to be the best I can be at whatever I take on.

Lastly, what was your favorite book growing up?
Little Women

Thank you Christy Hoss for letting me interview you again! So glad there will be more Rubber Band Books! 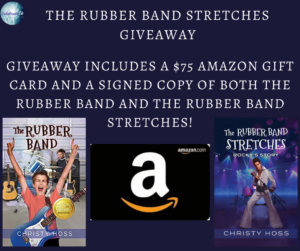 For the Love of Literature, August 12 (Author Interview)

For Him and My Family, August 14

Because I said so — and other adventures in Parenting, August 19 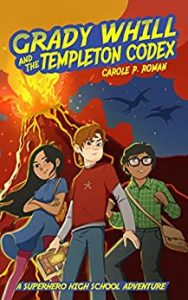