The Healing of Natalie Curtis by Jane Kirkpatrick

Classically trained pianist and singer Natalie Curtis isolated herself for five years after a breakdown just before she was to debut with the New York Philharmonic. Guilt-ridden and songless, Natalie can’t seem to recapture the joy music once brought her. In 1902, her brother invites her to join him in the West to search for healing. What she finds are songs she’d never before encountered–the haunting melodies, rhythms, and stories of Native Americans.

But their music is under attack. The US government’s Code of Offenses prohibits American’s indigenous people from singing, dancing, or speaking their own languages as the powers that be insist on assimilation. Natalie makes it her mission not only to document these songs before they disappear but to appeal to President Teddy Roosevelt himself, who is the only man with the power to repeal the unjust law. Will she succeed and step into a new song . . . and a new future?

Award-winning author Jane Kirkpatrick weaves yet another lyrical tale based on a true story that will keep readers captivated to the very end.

Absolutely LOVE this cover (you know how they say to not judge a book by its cover? Well… I pick this one up just because of its cover!)

This story is one a history lover would go crazy over. Jane Kirkpatrick goes into extensive detail (AMAZING amount of research done) on the history surrounding Native Americans in the 1900s. As someone who’s from the area and a descendent of the Native Americans of that region, I genuinely appreciated how she dealt with some sensitive topics. She did not shy away from discussing how the Native American’s were treated, nor did she shy away from the political climate of the times.

I personally loved learning more about Natalie Curtis, her story and passion for the Native American people shine through. It is truly a remarkable story, and I am so glad I read it.

A couple of things I noticed, however, is that the storyline does drag in places and does not seem to read like a fiction book but more like a memoir/historical non-fiction. Which many people will not expect. Lastly, that there really is not a faith message in this book, unlike most of them I read from Revell. Rather this one centered on the historical accuracy of the story, which I did appreciate.

Overall, I give this story 4 out of 5 stars. 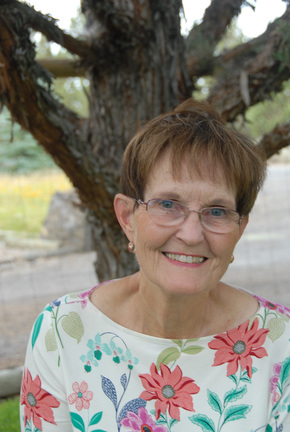 Jane Kirkpatrick is the New York Times and CBA bestselling and award-winning author or contributor to thirty-nine books, including Something Worth Doing, One More River to Cross, A Name of Her Own, All Together in One Place, A Light in the Wilderness, The Memory Weaver, This Road We Traveled, and A Sweetness to the Soul, which won the prestigious Wrangler Award from the Western Heritage Center. Her works have won the WILLA Literary Award, the Carol Award for Historical Fiction, the 2016 Will Rogers Gold Medallion Award and 2021 Silver award. They have been short-listed for the Christy, Oregon Book Awards, and the Spur Awards. A clinical social worker and former consultant to the Confederated Tribes of Warm Springs Early Childhood programs, Jane now divides her time between Bend, Oregon, and Rancho Mirage, California, with her husband, Jerry, and Cavalier King Charles Spaniel, Caesar. Learn more at www.jkbooks.com.