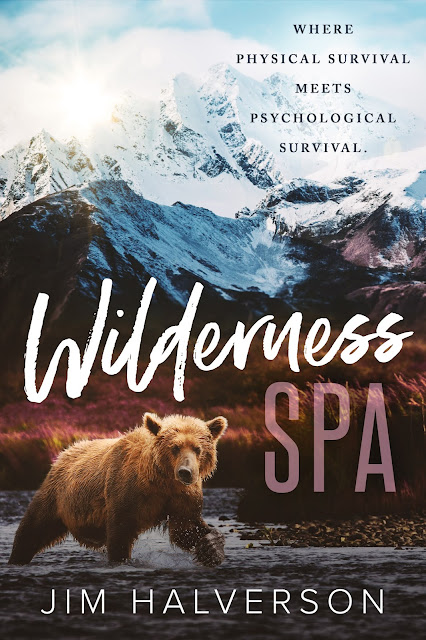 Join Us for This Tour From: August 23 to September 10

Book Title:  Wilderness Spa: Where Physical Survival Meets Psychological Survival by Jim Halverson
Category:  Adult Fiction 18+, 212 pages
Genre:  Literary
Publisher:  Gail Force Publishing
Release date:  June 2021
Content Rating:  PG-13: Only language (one f-word, some sh*t, d*mn)
Book Description:
The Wilderness Spa brings people from three quite different sources together to survive catastrophe in the Alaskan wilderness. They amaze themselves in their ability to coalesce and work cohesively in the face of hunger, injury, insecurity, and possible death. With that on their minds, they explore statistics, logic, social justice, and challenges to philosophies and social norms.
After rocky starts when new members enter the group, they learn to find the best in their fellow travelers, how to help, follow, and lead when necessary. Nothing is ever easy. Without attacking each other, they dig deep to reconcile their differences.
Join the group as they make the best of what they have. Struggle along with them and reconcile your own philosophical belief systems with logic and science.
Buy the Book
Amazon ~ Barnes & Noble ~ Book Depository
Books A Million ~ Indie Bound 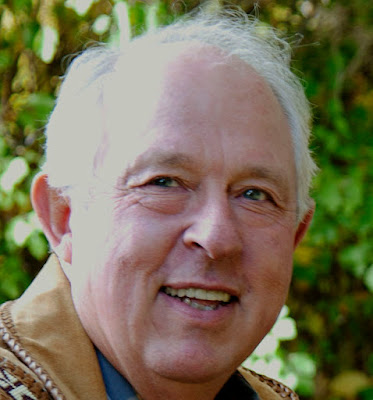 Jim Halverson is the author of Trials & Trails (2019) and Ponce, What Actually Happened at the Fountain of Youth (upcoming, 2021). Jim grew up in the rural, gold-mining town of Mokelumne Hill, CA and received his MBA from Golden Gate University. He spent part of his life on a ranch and is an avid student of psychology. He recognizes the struggles of all men and women seeking equality and respect. Jim and his wife, Gail, spend their time traveling from their small farm in Forestville, CA.

Where do you get inspiration for your stories?

There is a story everywhere you look. Current events, often reports of injustices or conspiracy theories motivate me to explore and perform research to find the truth and help right wrongs. Writing short essays helps organize my thoughts. Many of those essays are reflected in my books.

I don’t think psychological survival conflicts with physical survival. I believe they coincide to make people stronger. Physical strength, to some degree, is dependent on psychological well-being. In Wilderness Spa, philosophical discussions helped all the travelers rise to a higher more balanced state of mind. Even with the stress of reconciling their own beliefs they became stronger.

In Wilderness Spa, the wealthy brothers Eric and Connor discuss white privilege during their desperate hunt for food. That does not conform to their attitudes when we first met them. How did that happen?

The two brothers gradually realized that they were not invincible. The group dynamics offered them the opportunity to be a part of something larger than themselves. Other than the group of travelers, they realized all they really had in the world, their wealth was now worthless, was the memory of their parents. When they focused on family values, they found the strength to put their lives in perspective.

Could Wilderness Spa have been written in another venue or stetting?

Yes, easily. It could have taken place on a trip down the Zambezi River or in the Australian outback. For that matter, it could have been set in the inner cities or suburbs of America. Intellectual pursuits for truth and justice surround us every day.

Where is one place in the world you would return?

“One” makes that a difficult question. I’ll go with Norway, especially the Svalbard Archipelago. Norwegians are warm and friendly, the country is clean, and the landscapes are pristine.

Wilderness Spa by Jim Halverson caught my eye right away from the beautifully designed cover to the intriguing synopsis leading me to believe that the story inside had better be interesting!

Overall, it genuinely was. I enjoyed Jim Halverson’s perspective on events and his character’s thought processes. They were easy to follow, and I liked the way their conversations flowed. He also does a great job truly psychologically thrilling your mind and making you think. It was my first time reading one of his books, but I will definitely be reading more of them. Even if I do not agree with some of the characters choices.

Only thing I thought could have been better was the ending ? 4 out of 5 stars. 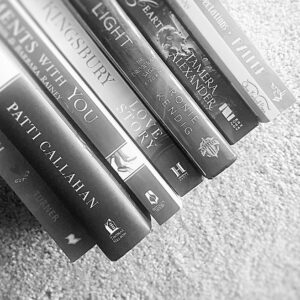