Larry the Lizard has always dreamed of snow. The only problem is, he lives in Australia. Find out what happens when a lizard gets a very silly idea… and it finally comes true. Join Larry and his friends as they skid, skate, slide and have an adventure in this wonderful ride. ​

Michael John Sullivan is the co-creator of The Lizard Who Loves a Blizzard, Nick Knitley and The SockKids. He is also co-developing three other animation series, including the Dr. Neverme and Dinomike projects. Sullivan has written several children’s books, including a Digimon series book with HarperCollins Publishing. In addition, Michael has written five novels, receiving awards and best-selling status.His first book, Necessary Heartbreak, was published by Simon & Schuster and was named by the prestigious Library Journal as one of the best books in 2010. Sullivan previously advocated for the homeless, drawing off of his own experience of riding the New York City trains at night for one winter. He has written articles about the plight for CNN.com, The Washington Post website, The Huffington Post, Chicken Soup for the Soul, and Patch.com. Before he took up living among his animated characters, Michael worked for ESPN, Rival.com, Scout.com, and the Sporting News, covering high school and college basketball. He is a former board member of the Long Island Coalition for the Homeless. 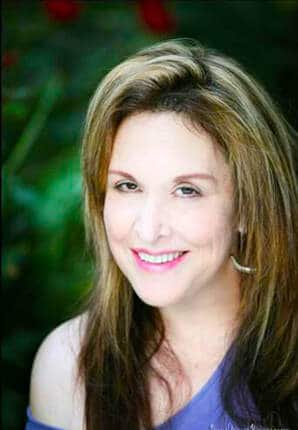 Shelley Larkin is the co-creator of The Lizard Who Loves a Blizzard, Nick Knitley and The SockKids, and is co-developing other animation series with Michael, including the Dr. Neverme and Dinomike projects. Shelley is involved in all aspects of the animation ventures, including marketing and promotions, and merchandising of books, videos and other products.One of Shelley’s passions is the Destination Imagination (DI) worldwide learning program for kids K-12, where she served as Director in the greater Sacramento area. Focused on creative problem-solving techniques, hundreds of thousands of children are served by the program each year, supported by thousands of volunteers. Shelley was presented with the DI Spirit of Discovery Award in recognition of her outstanding commitment and devotion to the global program. Michael and Shelley’s initial collaboration was co-authoring a children’s short story, “The Sock Kids Stand Up Against Bullying”, a nationally distributed book developed in concert with Destination Imagination. This story creates awareness of an important life lesson for children, and shows how The SockKids can deliver these messages through animation and books. ​

Author Q & A With Shelley Larkin!

Q: How do you pick your character’s personalities or looks?
A: Breathing life into a character is one of my favorite things to do. I am a visual person and very detailed oriented. I have learned over time that while those things are important, it is also important to keep things simple. But I always start out big and then, if need be, I will simplify.

When I start to write a story, or I have a new idea for a story, I think about the characters and how they will be portrayed. I want them to be unique – to stand out on their own and to be relatable to the reader. I love it when a reader feels a connection with a character.

Depending on when/where the story takes place I will research clothing, hairstyles, accessories, etc. for that time and then come up with a look suitable plus a bit of a twist just for fun.

Q: Once an idea takes root, how long does it take you to write it down? Do you use outlines?
A: I find that I need to write ideas down as soon as I get them. My brain doesn’t shut off often and so there are always thoughts running through. And if I don’t capture them on paper they often fly away as quickly as they arrive. Once there is more story development, I will use an outline format to organize my thoughts and commit to the idea. Then, let the writing begin!

Q: What are your hobbies/interests other than writing?
A: When my children were younger, I loved crafting with them. I also enjoy mosaic work and sewing. I am interested in people, art, music, cooking, and traveling. I love to learn about all cultures and their traditions. When traveling I want to visit where the locals go – it is a far better experience immersing yourself with what they do, see, and live daily. To me that’s the only way to truly appreciate all there is that traveling offers.

Q: What was your favorite book growing up?
A: Anything Nancy Drew! Dr. Seuss, The Golden Books, The Story of Babar, Charlotte’s Web, Pollyanna. Little Women.

Q: What did you do before you became a writer?
A: I have had varied carriers over the years. No matter what I was doing though I always thought of/wanted to write. I knew eventually I would be in a place whereby I could make it happen. In the meantime, I was involved in the banking industry, customer service for a major airline, and owned and operated an event planning company.

The Lizard Who Loves A Blizzard Book Tour Giveaway

The Lizard Who Loves a Blizzard was a lovely somewhat lyrical tale about never giving up on your dreams!

I loved Larry the Lizard and his wish for a blizzard. He was charming and quite fun, engaging, and unique. The Authors gave him a wonderful voice that was easy to like and follow. The Illustrations brought a vividness to the book and an invitation to imagine that was lovely. With bright colors and playful images all around. My kids were hooked.

Overall, this story was wonderful, from the Aussie slang used, the story the sweeps you with it, and the moral of not giving up. It was an enjoyable story.

4 Stars.
The only thing that was a bit off was a few random word choices. Otherwise, an exceptionally happy story.

Check out other book reviews