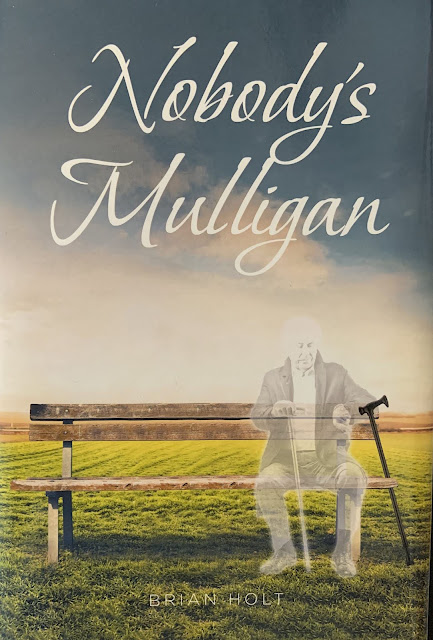 Margaret Sullivan, a troubled college student in her early twenties, becomes a modern-day Joan of Arc when she is compelled to save humanity as the pinnacle of evil comes to seize what he believes was his in NOBODY’S MULLIGAN by Brian Holt.

Orphaned at childbirth and raised by her maternal grandparents, Margaret feels the sting of loss when her grandmother dies. With no maternal figure in her life to offer her comfort and guidance, Margaret becomes a borderline traumatic social recluse and is treated as an outcast, despite participating in admirable callings, and is left with her ailing grandfather, Paddy Sullivan. What she doesn’t realize is that evil is actively afoot and identifies her as an impediment to Satan’s global apocalyptic conquest.

Craig Templeton, an unmotivated, barely graduated gamer existing in his mother’s basement, seeks employment at a PR firm, assigned to the mailroom, which he perceives as corporate leprosy and beneath him given his freshly minted college degree. Templeton’s rust-relic of a car is the perfect prompt for Satan, as he sees Templeton ogling the high-end vehicles believing that he is already deserving of such amenities.

Drawn against their will into the town square on the night of the apocalypse arranged by a series of circumstances under Templeton’s influence, the citizens of Grace’s Parrish are confronted by the accumulated product of their own transgressions, and universal suffrage is served. Perplexed by her grandfather’s apparent immunity to Templeton’s will, Margaret ultimately realizes that faith will triumph over evil. The price is heavy, as the town seeks redemption from the only one who can grant it. With it comes a caveat that one detractor in the group will re-invite the apocalypse with increased severity.

Margaret’s heroism is handsomely rewarded as she ultimately finds transcendence that no mortal could deliver—a unification with the one person whose absence created an emotional abyss, as well as an explanation of her grandfather’s immunity to Satan’s will which is epic. And she ultimately finds her happily ever after with a love-match that is intriguingly coincidental!  The ending nicely sets the stage for the workings of a prequel. 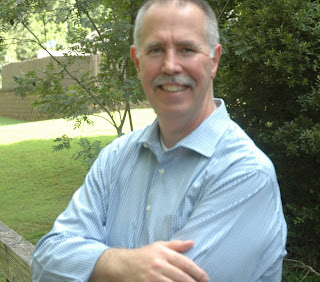 Nobody’s Mulligan is set in a small town in the south called Grace’s Parrish. Our protagonist, Margaret Sullivan, is raised by her maternal grandparents as her father does not contribute to her rearing; more on that in the story itself. She is raised in a very Catholic household by her maternal grandparents, and inexplicably is treated like a social outcast in many settings. Her trials and tribulations, which include a quest to find clues that would give her a better understanding of her mother’s traits and talents, are preparing her for a colossal confrontation with evil that is the culmination of our nation’s escalating depravities, much of which she is unaware of.  With death and time confiscated the tormented citizens of Grace’s Parrish know what suffrage is, as evil identifies Margaret as the impediment to global damnation and erupting purgatory. The antagonist, Templeton, who barely graduated college, is possessed by evil that’s been manipulating him through the portal of his own self-declared entitlement.  [I’m sure your listeners are already picking people out in their own lives that fit this description quite closely] The end is epic but the price is hefty for everyone – especially the reader!

What is one main take away you’d want people to experience from Nobody’s Mulligan?

One of MANY takeaways I’d hope my readers experience is to not rely on some other person to maintain the value systems most of us were raised with. In NM, it comes down to the fortitude of our main character – everyone else finds themselves at the mercy of the merciless. Let’s all collectively acknowledge our sins, forgive our transgressors, and move closer to God. We need to remember that God being the answer is not new, it’s the way it’s always been. We just got away from that and put more selfish wants, desires, and material things in His place. There are several other takeaways I’d like the readers to identify for themselves. The book makes the warning signs very clear.

I think its that way in real life too. People seem to feel justified by their own actions when they align themselves with similar destructive behaviors in their contemporaries. Ask yourselves why is this great nation in the shape it is today? The answers will be inside 337 pages.

At what time did you realize that you were on to something special, something life-changing? And Why do you feel that Nobody’s Mulligan is more of an anthem than just a great story?

Ok, your question calls for a little insider information here, so here it goes: Have you ever gotten goosebumps for reasons you couldn’t explain? Not chills but legit goosebumps. It occurred numerous times when I’d enter the library’s resource room at the library where I wrote Nobody’s Mulligan, picture that same feeling pouring over your entire body and soaking every inch of your anatomy, and I mean inside and out! And it lasted for about a minute! It was like it was slowly poured all over me out of 50-gallon drum, starting at the very tip my head and causing every single hair on my body to stand on end!!! I believe to this day that I was touched by something or someone, supernatural, that my faith tells me that was very, very special. I’ll never forget it !

Also, along the lines of the saying, “there but the grace of God go I”or “what if Jesus comes back like that”– I work at a hospital that serves a metropolitan area here in NC – There was a frequent patient, obviously homeless, and unkept. He had a history of being drunk and aggressive with the clinical staff, and caused many problems, but he would come back sometimes several times a week, more soiled and unkept than the previous visits, and of course clinical people would treat him with dignity and treated his complaints. One day I simply addressed him with a “ Hi, George[not his real name]” and he turned to me and answered “ You..you know me?” and he said it in such a way that was uncharacteristically civil if not magnanimous.. Slowly a smile raised to his face as if to say “Finally!” – which I interpreted as  relief that he was seeking some sort of acknowledgement he likely didn’t experience in his current transient circumstance. I said “sure I do. Why don’t you come in and let these people treat you?” and his visit was uneventful. Some weeks later I received a group text that George had been found dead. And it was in the same location as a major character in the book!!! A book I had started writing in 2016 !!!!  So I’m not sure if this was a signal of gratitude for completing and publishing Nobody’s Mulligan, or some sort of communique that it was Jesus walking in this man’s shoes, and a thank you for treating him with civility and decency.

That’s a major take on the book – one I’d like everyone to come away with-  that what you do for the least of my brothers you do for me. And that people are waiting for the second coming – what they are actually saying is Jesus isn’t here so let me get away with this. In reality, I say he never left. Yes he ascended into heaven, but He’s also a omnipresent being.  He’s walking in every one of our lives and we treat him like our single parent working or distracted so much we all keep trying to get away with something we wouldn’t do in his presence. The message here is that he walks with each of us, every step of our lives. Just recognize, acknowledge and include Him. Sometimes I feel people go through this life like they’re at a dinner party and Jesus is the host. Everyone enjoys the gifts and blessing He provides, but don’t acknowledge Him or even say thank you. If their kids never said thank you they would correct them [we hope], but I think too many people don’t put their hands together for 60 seconds in silence, or better with the family, and simple acknowledge His gifts.

I wrote this to get people to start to think that all that is going on is more that coincidence. Evil is always afoot. There is nothing we see or experience that is unintentional. And if we don’t get ourselves back to church, and return to the tenets that birthed this great nation, we can expect our certain demise. There will be no second chance. Our plight has been by skillful, incremental  design, nothing is a coincidence. In NM, it takes our protagonist in her early twenties to save us. The entire world will rely on the faith of one person. And she goes in unarmed, with only the help of her disabled grandfather.

HINT: But nothing is as it seems!

If you are like me, when you hear the words debut novel, you never know what you are getting into. Brian Holt surprised me with his first book in the fact that it did not necessarily read like a debut, it had layers, a pretty clear storyline, and some interesting characters. I enjoyed the ideas he put forth and thought it developed at a good pace (some slow spots in various places) but overall, a delightful story that I enjoyed reading.

Overall, I give Nobody’s Mulligan 3 out of 5 stars, and I am looking forward to what other books Brian Holt writes. He mentioned some interesting points that I know I will be thinking about for a while to come.