Welcome to the iReads Book Tour for A Knock on the Door by Roberta K. Fernandez! 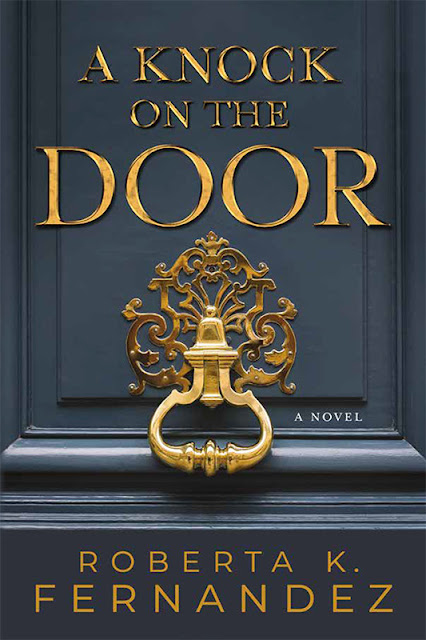 Lori Crawford’s world is turned upside down when her husband dies in a car accident. After twenty-five years of marriage, she thought she would forever live an uncomplicated, happy life with Jack. But just as Lori feels she’s coming out on the other side of her grief, Jack’s assistant at SpringWare, Rita Johnson, discovers information that convinces her that Jack was murdered.

​The two women vow to bring the perpetrator to justice. But time is running out, and their names are on someone’s kill list. The truth takes them down a path they never could have suspected. They set out to bring down one of the most powerful men in the country: the director of the National Security Agency. But who will believe them? And how many more will die before they do? Now, they have to decide if they have the courage—and the ability—to finish what they started. 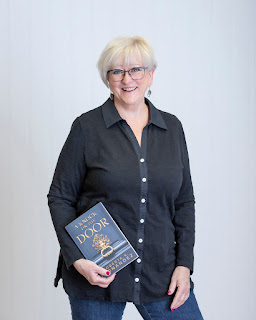 Meet the Author:In her sixty-three years of life, Roberta Fernandez, a board-certified hypnotist, didn’t know that she had a story waiting to be told.

In 2006, she attended a weeklong memoir-writing class conducted by a bestselling author, Joyce Maynard. Joyce worked hard to bring out Roberta’s best work, in spite of her self-perceived lack of talent. While it was an awesome experience to be instructed by a well-known author, Roberta determined that writing about herself was not a talent she possessed.

As a first-time author, Roberta now understands she was simply destined to write in a different genre. She enjoys creating relatable characters and watching the story unfold as she types. Like her readers, she wonders what’s going to happen next. A sequel is already being written as this book is published. Who knows what words will flow across the page in the next fifteen years!

Filling in the Gaps

People often ask about my process of editing a book.

When I write, I let the words flow. I don’t pay too much attention to grammar, sentence structure, or spelling. My only concern is getting the story “down on paper.” Once I’ve done this, I step away for a few days.

I conduct two edits. The first edit is to build out the characters, the scene, and the plot line. I rearrange, cut, and add sentences and chapters so the story flows. Determining what should and shouldn’t be there is hard, especially if I love it. The guideline I use is that if it doesn’t advance the scene or tell you something important about the character, the delete button is put to work. I check for consistency in the length of the chapters, though some will be longer because the scene calls for it. This edit is the most rigorous. There comes the point where I start optimizing rather than maximizing for effect because this kind of editing could go on forever. I am now performing this kind of edit on the next book in the series, And the Two Shall Meet. It took three hours to edit five concise chapters!

In the second edit, I used Grammarly to check punctuation, specifically commas. I don’t think I’ll ever figure them out! I keep an eye out for overuse of words, like too many “he” or “she’s” at the start of a sentence. I’m constantly amazed at how our everyday language is so repetitive. I also read the dialogue out loud to see if it sounds like how the characters would be talking. Conversation can be challenging, especially if accents or culture-specific idioms are involved.

In A Knock on the Door, I decided not to use any significant swear words, even though there were times they could be appropriate. In contrast, the second book couldn’t be written without them and still be believable. Most are in Italian. I felt that fongool was more culture-specific and reads better for most than “f you.” I’ll have to see how that flies with the reader.

I also check for timeline or historical flaws in the second edit. In A Knock on the Door, I found an issue with Lori’s age and how her father was killed in the war. There was no major war going on at the time! (Can you even imagine?) That took some serious reconciling. I also realized that I hadn’t solved the mystery of how the villains discovered that others might know of their plan. I had written it in my head but forgot to put it on paper! Because I didn’t catch my mistake until round two, I had to decide how to satisfy that mystery. I required a fair bit of rearranging to make it work.

Once I’m satisfied with the final product, I send it to the publisher to have them look at it with fresh eyes. I approve edits they want to make, but other than that, I’m done looking at it. My subconscious mind has decided what I’ll see and won’t see by then, so it’s pointless to continue!

A KNOCK ON THE DOOR Book Tour Giveaway

My Thoughts on A Knock on The Door

A Knock on the Door is really a theme carried through out this book. Scary situations abound with every knock on the door. It seems like so many different situations were packed into this book. I really enjoyed it. I loved the crime aspect, and how everything came together.

It was a fascinating story. The characters were well crafted and easy to connect with and I liked how the story was so well laid out from start to finish. Very rare that a debut novel reads so smoothly!