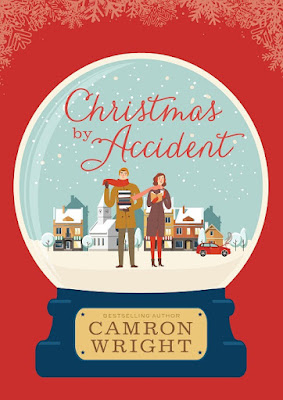 Carter is an insurance adjuster whose longing for creative expression spills over sometimes into his accident reports.

Abby works for her adoptive father, Uncle Mannie, in the family bookstore, the ReadMore Cafe.
Carter can barely tolerate Christmas; Abby loves it. She can’t wait past October to build her favorite display, the annual Christmas book tree stack, which Carter despises.
When an automobile accident throws Carter and Abby together, Uncle Mannie, who is harboring secrets of his own, sees a chance for lasting happiness for his little girl. But there are so many hurdles, and not much time left. Will this Christmas deliver the miracles everyone is hoping for?
(Affiliate links included.)
Goodreads | Amazon | Barnes & Noble | Book Depository | Deseret Book | Seagull Book

2. The original working title was The Christmas Carol Angel Box Wish, because all the best nouns are taken. The publisher deemed it too long and changed the name to Christmas by Accident—which makes it sound like a bad Hallmark movie, but I think that’s the point. Know that it’s a fun Christmas read and yes, like all Hallmark movies, there is romance in the story. 🙂

3. My path to becoming a published author is closely reflected in the main character, Carter Cross. With no experience, but a thought stuck in my head that wouldn’t go away, I decided I could write a book. I’m saying that if someone wants to understand what I’m like as a person, the thoughts that roll through my head, my writing journey, read Christmas by Accident.

4. In the story I pay subtle homage to many Christmas classics, perhaps borrowing a line of dialogue from one or including an obscure quotation from another. While some references are obvious, others are subtle. A fun game as you read is to see how many you can find.

5. I have funny children (funny ha-ha, not funny peculiar), who married witty spouses. When I needed a clever line, I often turned to family. I’d send off a group email spelling out the scene and then let them each take their best shot to fill in what was needed—and I was never disappointed.

6. As a marketer at heart, I enrolled the help of my two-year-old granddaughter to make an egglessnog video (explained below), because who doesn’t love watching a chatty two-year old cook in the kitchen? Check out this link. It’s worth watching.

7. Now to egglessnog. As a kid I loved eggnog, until I realized it’s made with raw eggs—Ew, gross!—and I haven’t been able to drink it since. That changed when I discovered egglessnog (eggnog made without eggs). I spent days perfecting the recipe (which I included at the back of the book, since it plays a part in the story) and you won’t want to miss it. It’s even more delicious than real eggnog!

8. André the chef is based on a real person I met serendipitously in Denmark. He creates some of the most amazing desserts on the planet—seriously.

9. The self-written obituary at the end of the story is heartfelt and close to what I’d like to have as my own.

10. There are no accidents—especially at Christmas. 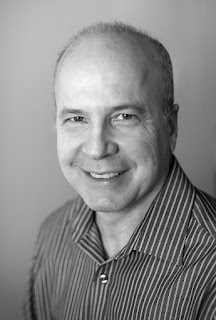 Camron Wright was born and raised in Salt Lake City, Utah. He has a master’s degree in Writing and Public Relations from Westminster College.

He has owned several successful retail stores in addition to working with his wife in the fashion industry, designing for the McCall Pattern Company in New York.

Camron began writing to get out of attending MBA school at the time, and it proved the better decision. His first book, Letters for Emily, was a Readers Choice Award winner, as well as a selection of the Doubleday Book Club and the Literary Guild. Letters for Emily has been published in North America, Japan, Australia, New Zealand, Germany, Korea, the Netherlands, and China.

His latest book, In Times of Rain and War (and the one he calls his most ambitious), released in April, 2021.

Camron lives with his wife, Alicyn, just south of Salt Lake City at the base of the Wasatch Mountains. He is the proud father of four children, all girls but three.