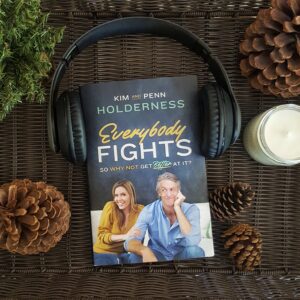 My wife drives me crazy sometimes. My husband should already know what I need. Is our marriage in trouble if we fight all the time? Is it possible to learn how to fight?

For the last several years, Penn and Kim Holderness have done the hard maintenance and the research. With the help of their marriage coach Dr. Christopher Edmonston, they break down their biggest (and in some cases, funniest) fights. How did a question about chicken wings turn into a bra fight (no, not a bar fight; a bra fight)? How did a roll of toilet paper lead to tears, resentment, and a stint in the guest bedroom?

With their trademark sense of humor and complete vulnerability, Penn and Kim share their ten most common Fight Fails and how to combat them. Throughout the book, they offer scripts for how to start, continue, and wrap up hard conversations. Couples will emerge equipped to engage and understand, not do battle—and maybe laugh a little more along the way.

In Everybody Fights, couples will learn how to
· conjure the magic of metacommunication
· break free of secret contracts
· banish the three Ds—distraction, denial, and delay
· carry their own individual baggage while helping each other deal with theirs

?Do you Like AudioBooks? I have recently started listening to them and have really enjoyed it!
?This book EVERYBODY FIGHTS, so why not get better at it? Was AMAZING! It is narrated by the authors (@theholdernessfamily) and they are hilarious while still being down to earth. I loved the communication style  Kim and Penn’s  had with each other and how they were able to vividly communicate their points with personal stories and illustrations.
?While not what I would consider new concepts, Kim & Penn brought many of them to life in ways I could truly see and understand; and in ways I can totally see myself using.
? HUBBY Approved! My husband listened to the book with me (Which he NEVER does) and he loved it and could totally relate to Penn.
?They do use a few expletives in their narrations (I do not know if theses are in the actual physical book) But otherwise, the information is something I highly recommend for dating, engaged, and married couples (honestly, I think it would be good for singles as well!). Since we can all learn new ways to better communicate with those around us.
? 5 out of 5 stars 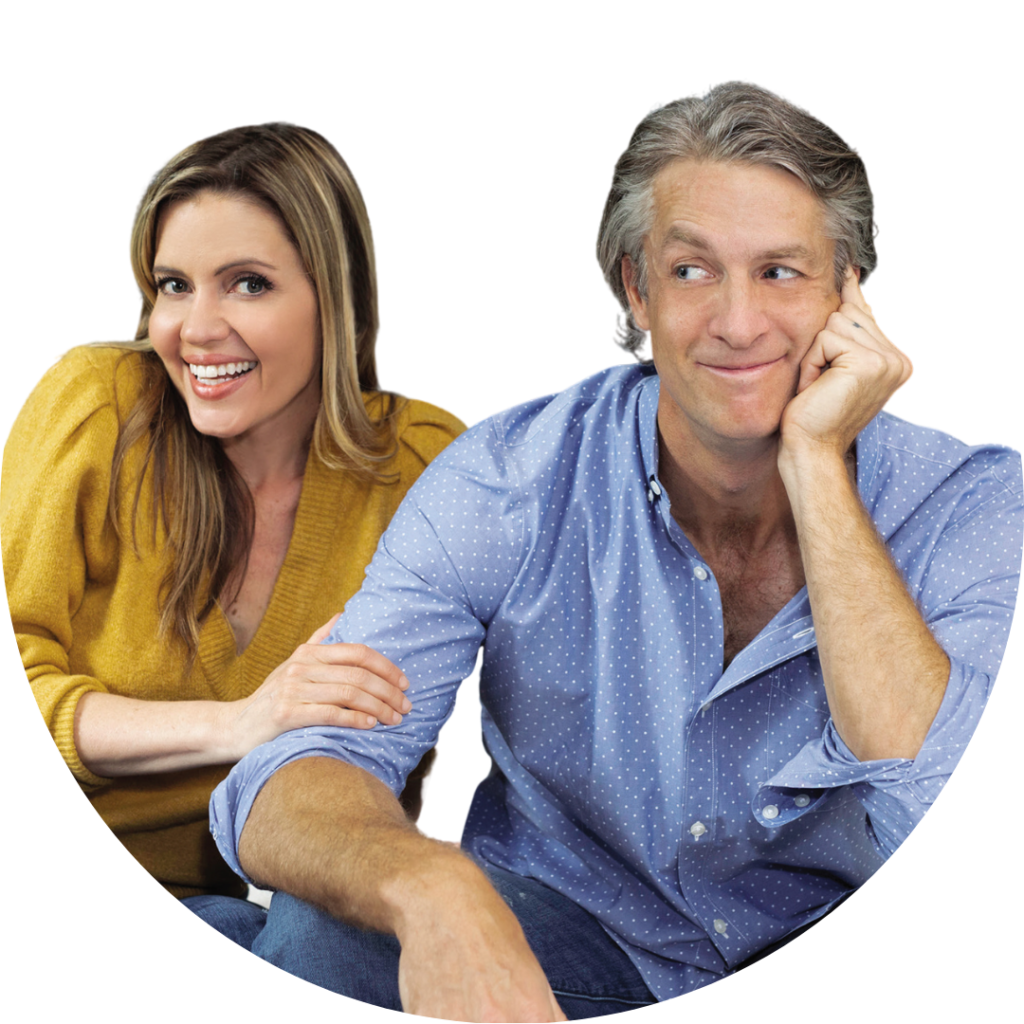 In 2013, Penn and Kim hit publish on “XMAS Jammies” – a seemingly innocent video Christmas Card intended for their immediate family. Overnight, their video went viral on YouTube and they ’ve been making goofy videos with their family ever since. Seven years later, their videos have resulted in over a billion views and 4.5 million followers across social media. Their family also continues to be one of the most sought-after content creators for family brands.

Today, they own their own company, Holderness Family Productions, where Kim is Chief Executive Officer and Penn is Chief Creative Officer. As well as creating content for their channels, they also work alongside brands and agencies to shape product launches and marketing campaigns. Their book about improving communication in a marriage was released March 30, 2021.