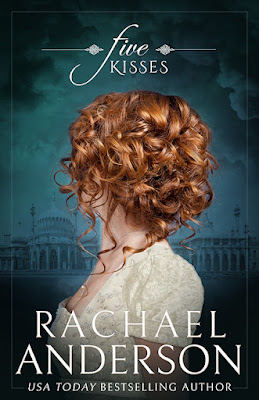 The first kiss crumbles her world. The second mystifies. The third unbalances. The fourth sends her reeling. And the fifth –ah, the fifth . . .

Inspired by Shakespeare’s Taming of the Shrew, Miss Sarah Meacham has always behaved circumspectly, until an emotional outburst directed at a well-deserved gentleman earns her the nickname of Miss Shrew. As a result, she vows to never trust—or love—again. But when her father decrees that her younger sister cannot marry the man of her dreams until Sarah has secured a suitor of her own, she is faced with a dilemma: Deny her sister marital bliss or feign an interest in the next gentleman to come along, at least until their father relents.
Mr. Ian Collum is no gentleman. A tradesman and newcomer to Brighton, he has been searching high and low for the perfect house. When he at last discovers Ivy Cottage, with its magnificent views, extensive lands, and a large oak tree reminiscent of his favorite childhood escape, he will do whatever it takes to obtain it. Trouble is, the owner of the property will only sell if Ian agrees to court the beautiful and infamous Miss Shrew—a woman as intent on eluding Ian as he is on pursuing her.
(Affiliate links included.)
Goodreads | Amazon | Book Depository

The dark-haired man pushed away from the bookcase and pointed to the shelf above her head. “I’m guessing you used the stack of bibles as a stool to reach this shelf here.” He patted the place where Frankenstein once stood. “Is there a book I can get for you so you can climb down from your perch? People are beginning to stare, and I doubt the proprietress would appreciate seeing any book, especially a bible, being used as a stool.”

Knowing he was probably right, Sarah ignored his proffered hand and stepped down on her own. She glared at the few people she caught looking their way before returning her attention to the mysterious stranger.

Goodness, he was tall. The top of her head barely reached his shoulders.

His lips quirked into a half smile. “Feeling a wee less holy now?”

Blast his charming accent. “Perhaps. But I’m not sure if my decreased proximity to God is to blame or someone else.”

He chuckled, then folded his arms, still clutching the book, and propped a shoulder against the shelf once more. “You should probably try reading the bible instead of standing atop it,” he suggested. “In fact, there’s a story in Genesis—that’s the first book, you see—”

“I’ve heard of it,” she said testily.

“About a civilization who tried to build a tower to Heaven, as you have done, and had their languages confounded as a result.”

“’Tis a good thing we can still understand one another.”

He grinned, not seeming the least bit put out. “In that case, you should have built a taller tower.”

Sarah eyed the book tucked under his arm, wondering if she dared to snatch it away and make a run for it. Surely, he wouldn’t make a scene by chasing after her. Though the scene she’d make would be something for the gossips.

“You keep eyeing this book, which leads us back to where we began. How can a story about a monster be, how did you put it? Incredibly dull?”

Sarah had to concede it hadn’t been the wisest thing to say. She should have said it was disturbing and caused the worst sorts of nightmares. That would have been more plausible.

“I haven’t the faintest notion. Perhaps the plot is tiresome and uninteresting.”

“Then I shall like it all the more. I prefer tales that play out at a more deliberate and leisurely pace, especially when monsters are involved. Now, is there a book I can procure for you, or were you really trying to gain some ground with God?”

Though he didn’t smile, his eyes gleamed, and his lips twitched in the most irritating manner. He was laughing at her. In fact, he’d probably been laughing the entire time. Argh. Had he seen her reach for that book and had taken it on purpose? The gleam in his eyes told her that could easily be the case.

Sarah folded her arms, ready to be done with this silly charade. “If you must know, I have been on the hunt for that book for over a year now and was in the process of finally obtaining it when you stole it out from under me. Should you insist on borrowing it first, I would be most appreciative if you would tell me when you plan to return it so that I can borrow it next.”

He looked down at the book and examined it a moment. “Why didn’t you say as much to begin with? Had I known this was the book you were after, I would have done the gentlemanly thing and allowed you to have it first.”

She eyed the book, still in his hands, not quite trusting him or his handsome face. “Are you a gentleman, sir?”

“Nae,” he said with a grin. “Just a man who spied a bonnie lass and couldn’t resist teasing her a little. I hope you’ll forgive me, just as I hope you’ll sleep more soundly than I did after reading that book.”

He took hold of her hand, and his gaze locked on hers. Ever so slowly, he lifted her fingers to his lips and pressed a deliberate, almost seductive, kiss to her knuckles.

She inhaled sharply as the heat from his lips burned through her hand, igniting something within. A strange sort of fire sparked to life, surging through her body and evoking a myriad of sensations—both thrilling and terrifying.

Sarah had been kissed on her hand before, but never like this—or rather, it had never affected her like this. She stiffened, staring at him as though he were the devil himself. Perhaps he was. Come to taunt and tempt and wreak havoc on her senses. 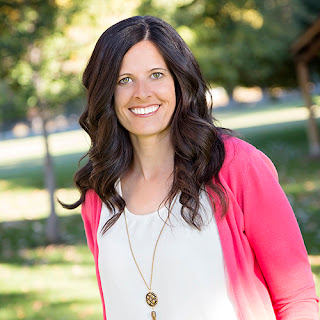 A USA Today bestselling author, Rachael Anderson is the mother of four and is pretty good at breaking up fights, or at least sending guilty parties to their rooms. She can’t sing, doesn’t dance, and despises tragedies. But she recently figured out how yeast works and can now make homemade bread, which she is really good at eating. You can read more about her and her books online at rachaelreneeanderson.com.