Welcome to the Takeover Tour for Laura’s Shadow by Allison Pittman, hosted by JustRead Publicity Tours! 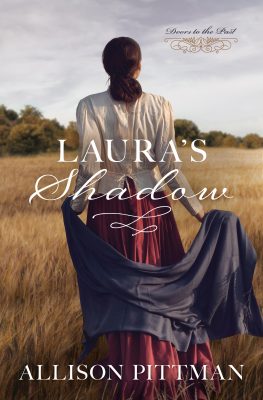 Young women growing up in De Smet live by two rules: don’t go out in a snowstorm and don’t give your heart to Cap Garland. Young Mariah Patterson only managed to obey one. Orphaned and having devoted her youth to scrapping out a life with her brother Charles, Mariah finds herself with no option but to marry the devoted—but dull—Merrill Gowan. Throwing caution to the wind, she seizes an opportunity to lay her feelings at Cap’s feet, even though she knows Cap sees the world through the torch he carries for Laura Ingalls. Mariah is certain her love for Cap will be strong enough to break both bonds, and she’s willing to risk everything to prove it.

De Smet, South Dakota—1974
Trixie Gowan is the fourth generation of living Gowan women residing in the sprawling farmhouse on the outskirts of De Smet. Well, former resident. She’s recently acquired her own bachelor girl apartment in Minneapolis, where she works writing ads for a neighborhood paper. She might live and work in the city, but her co-workers still call her Prairie Girl. Thus the inspiration for her comic strip—”Lost Laura”—in which a bespectacled girl in a calico dress tries to make her way in the city. The name is a quiet rebellion having grown up in a household where she’d been forbidden to mention the name, Laura. But when her great-grandmother Mariah’s declining health brings Trixie home for a visit, two things might just keep her there: the bedside manner of Dr. Campbell Carter and the family secret that seems to be spilling from GG’s lips one conversation at a time.
Visit historic American landmarks through the Doors to the Past series. History and today collide in stories full of mystery, intrigue, faith, and romance.
PURCHASE LINKS*: Goodreads | Amazon | Barnes & Noble | Book Depository | Indiebound | Christianbook | BookBub 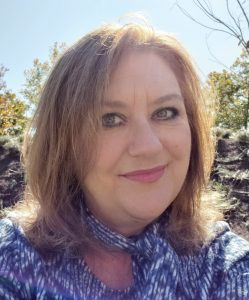 Allison Pittman is the author of more than a dozen critically acclaimed novels and a four-time Christy finalist—twice for her Sister Wife series, once for All for a Story from her take on the Roaring Twenties and most recently for the critically acclaimed The Seamstress which takes a cameo character from the Dickens’ classic A Tale of Two Cities and flourishes her to life amidst the French Revolution. She lives in San Antonio, Texas, blissfully sharing an empty nest with her husband, Mike.

Connect with Allison by visiting allisonkpittman.com to follow her on social media or subscribe to email newsletter updates.

(1) winner will receive a print copy of Laura’s Shadow and a $15 Amazon egift card! 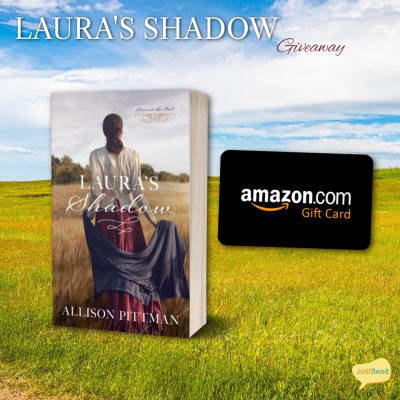 Be sure to check out each stop on the tour for more chances to win. Full tour schedule linked below. Giveaway began at midnight August 24, 2022 and lasts through 11:59 PM EST on August 31, 2022. Winner will be notified within 2 weeks of close of the giveaway and given 48 hours to respond or risk forfeiture of prize. US only. Void where prohibited by law or logistics.