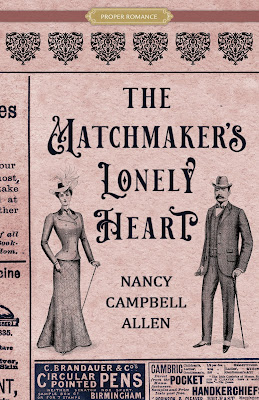 Amelie Hampton is a hopeless romantic, which makes her the perfect columnist to answer lonely heart letters in The Marriage Gazette. When Amelie plays matchmaker with two anonymous lonely hearts, she also decides to secretly observe the couple’s blind date. To her surprise, the man who appears for the rendezvous is Harold Radcliffe—a grieving widower and a member of Amelie’s book club.

Police detective Michael Baker has been struggling ever since his best friend and brother-in-law dies in the line of fire. Because he knows the dangers of his job, he has vowed never to marry and subject a wife and family to the uncertainty of his profession. But when he meets Miss Hampton, he is captured by her innocence, beauty, and her quick mind.
When a woman’s body is pulled from the river, Michael suspects the woman’s husband—Harold Radcliffe—of foul play. Amelie refuses to believe that Harold is capable of such violence but agrees to help, imagining it will be like one of her favorite mystery novels. Her social connections and clever observations prove an asset to the case, and Amelie is determined to prove Mr. Radcliffe’s innocence. But the more time Amelie and Michael spend together, the more they trust each other, and the more they realize they are a good team, maybe the perfect match.
They also realize that Mr. Radcliffe is hiding more than one secret, and when his attention turns toward Amelie, Michael knows he must put an end to this case before the woman he loves comes to harm.
(Affiliate links included.)
Goodreads | Amazon | Barnes & Noble | Target | Book Depository | Deseret Book | Seagull Book


I have my editor, Lisa Mangum, and the podcast “Lore,” by Aaron Mehnke, to thank for the inspiration for The Matchmaker’s Lonely Heart. Lisa had been listening to Lore and mentioned an episode I’d also heard (because you can’t listen to only one Lore episode, you have to binge them all). The episode was about a gentleman whose wife died of a mysterious illness, and then his second wife tragically died…a string of sick and dying wives began to arouse suspicion among locals and law enforcement alike.

One of the fun details we’d also discovered about the Victorian era was the popularity of personal ads in local papers and magazines. I combined the idea from the Lore episode with an imagined character who works for a newspaper, has an insatiable sense of curiosity, and is a voracious reader of mystery and romance novels.

Et voila! A new Victorian series was born, featuring three cousins who live in London and are determined to become modern Women of Independent Means. My books almost always feature a healthy dose of mystery along with the romance, and I believe people who have enjoyed my work in the past will not be disappointed here! 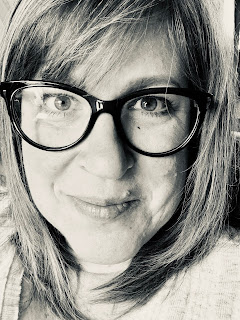 Nancy Campbell Allen is the award-winning author of 19 published novels and several novellas, which encompass a variety of genres ranging from contemporary romantic suspense to historical fiction. Her most recent books, which include Regency, Victorian, and steampunk romance, are published through Shadow Mountain’s Proper Romance line, and the What Happens in Venice novella series is part of the Timeless Romance Anthology collection published by Mirror Press.

Nancy loves to read, write, travel, and research, and enjoys spending time with family and friends. She nurtures a current obsession for true crime podcasts and is a news junkie. She and her husband have three children, and she lives in Ogden, Utah with her family, one very large Siberian Husky named Thor, and an obnoxious but endearing YorkiePoo named Freya.
Website | Goodreads | Facebook | Twitter | Instagram | Bookbub | Pinterest | Amazon